What is Inflation: 3 Sneaky Tips and Tricks to Beat it 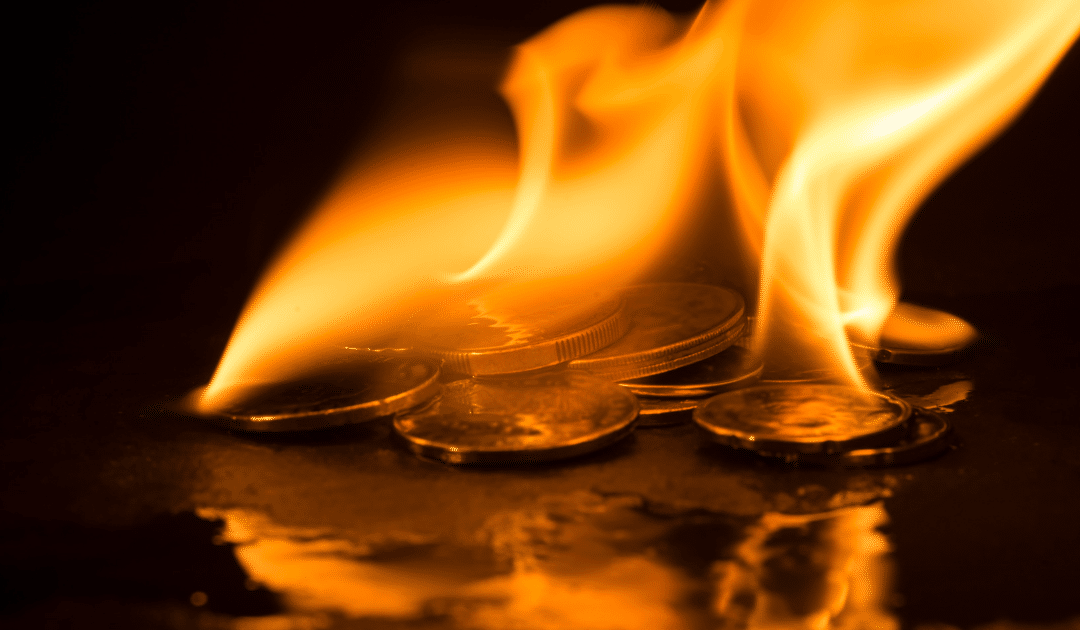 What is inflation and what causes it

Inflation is a word that strikes fear into the hearts of most people. It seems to be what plagues us, what’s killing our money, what we can do nothing about. But what if there was something you could do? What if there were some sneaky tips and tricks to beat inflation? Find out how below!

1. Educate yourself about inflation: The first step to beating inflation is understanding what it is. Inflation is simply the rate at which prices are rising. It’s not a bad thing in and of itself, but it can have a major impact on your wallet if you’re not prepared for it. Knowing what to expect can help you budget better and make sure your money is going as far as it can.

2. Invest in assets that will protect your money: Not all investments are created equal, and when it comes to inflation, some are better than others. Assets like gold and silver, for example, have been shown to hold their value better than most in times of inflation. Consider investing in these types of assets to help shield your money from the effects of inflation.

Inflation is a natural occurrence in any economy, but that doesn’t mean you have to suffer at the hands of it. With a little knowledge and some savvy investing, you can beat inflation and keep your money safe. Stay ahead of the curve and educate yourself today!

Inflation is defined as a sustained increase in the general level of prices for goods and services in an economy over a period of time. It is measured as an annual percentage increase. Inflation can be caused by various factors, such as changes in tax rates, increases in government spending, or an increase in the money supply. When inflation is high, it can erode the value of a country’s currency, lead to higher interest rates, and reduce the purchasing power of people’s incomes.

What is hyper inflation

Hyperinflation is an extreme case of inflation, where the prices of goods and services rise at an extremely high rate (Typically more than 50%monthly). This can be caused by a number of factors, such as war, political instability, or economic mismanagement. It can be very difficult to avoid hyperinflation, but there are a few things you can do to protect yourself from it.

How to Avoid Hyper Inflation

1. Keep your money in a stable currency.

When the value of a currency is constantly changing, it becomes more difficult to buy goods and services. By keeping your money in a stable currency, you can avoid losing its value over time.

2. Invest in assets that hold their value.

There are a number of assets that tend to hold their value during times of hyperinflation. These include gold, silver, and other precious metals. You can also invest in land or other tangible assets.

When prices are rising rapidly, it becomes increasingly difficult to pay back debts. By avoiding borrowing money, you can protect yourself from becoming indebted during a period of hyperinflation.

While it is difficult to avoid hyperinflation altogether, following these tips can help you minimize the damage it can do to your finances.

Inflation is caused by many factors, but the main one is when the government prints too much money. This can cause the value of the currency to go down, and make it harder for people to afford things.

Inflation matters because it affects our daily lives. For example, when prices go up, our wages often don’t increase at the same rate. That means that we have to spend more money to buy the same things we used to. In addition, inflation can also affect how much we save and how much we owe. For example, when inflation is high, saving money becomes more difficult because the value of our money goes down over time. Similarly, it can be harder to pay back loans or mortgages when prices are rising quickly. Finally, inflation can also cause financial instability. This happens when people start to worry about the future and stop spending money, which can lead to a recession.

What is inflation rate?

The current inflation rate in the United States is 7.5% as of February 2022.

There are three versions of inflation: demand-pull, cost-push, and monetary.

Demand-pull inflation is when demand for goods and services exceeds the available supply. This can cause prices to go up as businesses try to make a profit.

Cost-push inflation is when the cost of producing goods or services goes up, which can then lead to higher prices. This can be caused by things like rising wages, taxes, or energy costs.

Monetary inflation is when the money supply in an economy grows faster than the number of goods and services available. When too much money is chasing too few goods, prices will go up. This type of inflation is often caused by the government printing more money.

All three aspects of inflation can cause serious problems for economies, including higher prices, unemployment, and slower economic growth. It’s important to be aware of these versions of inflation and how they can affect you and your business.

How does inflation affect economic growth?

What is Inflation? It is the increase in prices of goods and services in an economy over a period of time. It can be measured by looking at the Consumer Price Index (CPI), which looks at the cost of a “basket” of goods and services that a typical consumer might purchase. When inflation rises, it can have a number of effects on the economy, including:

– decreasing the purchasing power of consumers

– causing businesses to increase prices to cover their higher costs, which can lead to a wage spiral as workers demand higher wages to keep up with rising prices

– reducing the amount of money available for investment

– increasing the cost of government borrowing.

All of these effects can have an impact on economic growth. For example, if inflation is high and wages are increasing at the same rate, businesses may find it difficult to compete in the global market. This could lead to a decline in exports, which would hamper economic growth.

Alternatively, if the cost of borrowing money increases due to high inflation, this can limit the amount of money that businesses and households have available to invest in new products or projects, which can also hamper economic growth. In short, inflation can have a number of negative effects on economic growth.

However, not all inflation is bad for the economy. In fact, a moderate level of inflation can be helpful in a number of ways. For example, it can help to keep interest rates low, which can encourage people to borrow money and invest in new products or businesses. It can also help to reduce the value of debts, making them easier to repay. In short, a moderate level of inflation can help to stimulate economic growth.

What is inflation in economics?

What inflation is from an economics perspective is an increase in the price level of goods and services in an economy. More specifically, it’s a sustained increase in prices that lasts for more than a few months. When most people think about inflation, they think about how it affects the cost of living. And while rising prices certainly have an impact on our day-to-day lives, there are other ways that inflation can impact us as well.

Inflation has a number of different effects on the economy. The most obvious effect is that it causes prices to rise. This can have a ripple effect throughout the economy, causing wages to go up, unemployment to go down, and so on. But rising prices aren’t the only thing that inflation does. It can also cause people to save more money because they know that the purchasing power of their money will be eroded over time. It can also cause businesses to defer investment and hiring decisions, and it can reduce the amount of money that people have available to spend.

Does the federal reserve control inflation?

The Federal Reserve Bank certainly has a lot of levers it can pull to try to control inflation, but there is no one-size-fits-all answer. For example, the Fed might try to increase the money supply to bring down prices, or it might raise interest rates to discourage borrowing and spending. However, there are limits to what the Fed can do, and it’s not always clear what the right move is.